Vladimir Fomichov organized and chaired the 4th International Conference on Cognitonics that was held in Slovenia.

Cognitonics is a new scientific discipline that appeared in Russia. It studies the development of the personality in the information society. The term ‘cognitonics’ was first introduced by Vladimir Fomichov and Olga Fomichova in the article published in 2004 in Canada.

Professor Fomichov presented the report ‘Early Development of the Human Being Ideal Constituent and Art Cognitonics as the Answer to the Challenge of Knowledge Society’ co-authored by Olga Fomichova.

It is broadly accepted that success of countries in economic and social competition considerably depends on the quality of creative class and of its proportion relatively to all working people. The analysis shows that the principal distinguished feature of this class representatives is a well developed ideal constituent. First of all, it means that such people have high creativity, a dream to do something good and useful for many people, the increased ability of social collaboration, and increased awareness of social responsibility. It is broadly understood that the main contribution to the development of these qualities should be made during preschool and school years. This paper states the approach of a new scientific discipline called cognitonics (very shortly, it is the science about the human being in the digital world) to early development of mentioned qualities and, as a result, to the development of the human being ideal constituent. In this connection, a significant branch of cognitonics called art cognitonics is introduced. Besides, proceeding from the fundamental results of cognitonics, the expedience of creating a new branch of sociology is grounded, this new branch could be called sociology of sublime values dynamics. Its main objective is to be monitoring the evolution of the vector of the personality's ideal constituent.

Professor Fomichov also co-authored the report ‘A Look of Cognitonics at the Role of Museums in Cognitive Engagement of the Adolescents and University Students’ (Olga S. Fomichova, Vladimir A. Fomichov, and Svetlana M. Gordeeva). 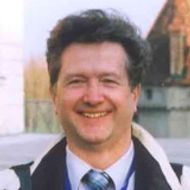